WV Board of Education Elects a New President 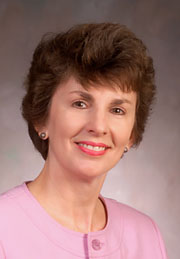 Charleston, W.Va. – The West Virginia Board of Education has handed its reigns to Sandra Chapman. During its monthly meeting, Chapman was elected president, Lloyd Jackson II was elected vice president and Barbara Fish was named secretary.

“I am honored that my colleagues have entrusted me with this distinguished position,” said Sandra Chapman. “Each member brings unique strengths to the Board and I am confident the we will continue to move forward on important educational issues.”

Chapman has been on the Board since December 1996. She has previously served as Board secretary, vice president and president. Chapman graduated magna cum laude from Hanover College in Hanover, Indiana in1977 with a bachelor’s degree in sociology and cross-cultural studies, received her master’s degree in health education from West Virginia University in 1979, and earned her law degree from the West Virginia University College of Law in 1983. Chapman practices law in Wheeling, West Virginia and is a current member of the School Building Authority. She has served as an adjunct professor of West Virginia Northern Community College and is a founding member of the West Virginia Council of School Attorneys.

Lloyd Jackson II was appointed to the Board earlier this year. He graduated from West Virginia University with a degree in political science in 1974 and from the West Virginia University College of Law in 1977. Jackson is a former state senator from Lincoln County who served as the chairman of the Senate Education Committee for six years. He currently serves as president of the Jackson Management Company. Current memberships include the Southern Regional Education Board and the West Virginia School Building Authority. Jackson also serves as chair of the Intellectual Infrastructure Task Force for “A Vision Shared,” West Virginia’s comprehensive plan for economic and social development.

Barbara Fish, a former teacher, has been on the Board since December 2000. Fish received her bachelor’s degree in Spanish from Grove City College, Grove City, Pennsylvania in 1968, and earned her master’s degree in Spanish from West Chester State College, West Chester, Pennsylvania in 1973. She is a member of the Education Subcommittee on Standards Based Accountability, the Holocaust Education Committee, the Center for Professional Development, and serves as the Board's representative to the National Association of State Boards of Education.

The West Virginia Board of Education determines the educational policies of the state’s elementary and secondary schools and establishes the rules that carry into effect state law regarding education.