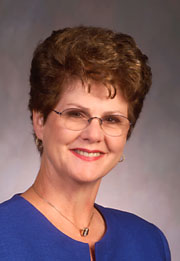 The West Virginia Board of Education today elected Barbara Fish as its new leader for the 2004-2005 term. The Board also elected Dr. Lowell Johnson as its vice-president and Priscilla Haden as its secretary.

Mrs. Fish, a former teacher, has been a member of the State Board since December 2000. Fish received her bachelor’s degree in Spanish from Grove City College, Grove City, Pa. in 1968, and earned her master’s degree in Spanish from West Chester State College, West Chester, Pa. in 1973. She is a member of the Education Subcommittee on Standards Based Accountability, the Holocaust Education Committee, the Center for Professional Development, and serves as the Board's representative to the National Association of State Boards of Education.

Dr. Johnson was appointed to the West Virginia Board of Education in January 2004 by Governor Bob Wise and will serve a term ending November 2012. He earned his bachelor’s degree from Concord College, his master’s degree in guidance and counseling from West Virginia University (WVU), as well as a doctoral degree in reading and psychology from WVU. He began his teaching career in Greenbrier County and later joined the teacher preparation faculty at Fairmont State College. He has served as president of the West Virginia Education Association, the Board of Directors for the National Education Association and currently serves on the Board of Directors for the West Virginia State Fair.

Mrs. Haden has been a member of the State Board since taking her oath of office in February 2003 to fill a vacancy for a term ending November 2004. A graduate of Morgantown High School, she received her bachelor’s degree in education from WVU and furthered her education at WVU by earning a master’s degree in guidance and counseling. Mrs. Haden, former member of the Kanawha County Board of Education, was a teacher in Kanawha, Monongalia and Wood counties. Among her numerous memberships, she is a member of the West Virginia Association of Retired School Employees, West Virginia Public Broadcasting Authority and currently serves as the state facilitator for the Conference on Civic Education.

The West Virginia Board of Education determines the educational policies of the state’s elementary and secondary schools and establishes the rules that carry into effect state law regarding education.