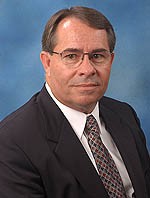 The West Virginia Board of Education intervened in Gilmer County earlier in June after a review by the Office of Education Performance Audits (OEPA) found significant leadership, technology, facility, personnel and finance issues. Former state Superintendent Ted Mattern was appointed to oversee the county until a permanent replacement could be hired.

An unannounced OEPA visit of the Gilmer County School District was conducted May 2-4, 2011. Auditors found that “county board members were in discord; the county board operations were dysfunctional; and meetings were unproductive and resulted in the board being incapable of following State Code and West Virginia Board of Education policies.”

The OEPA also found that county school board meeting minutes showed the school board is trying to micro-manage, essentially replacing its administrators’ and county superintendent’s recommendations with its own, leading to a flawed system of hiring, transfers and reductions in force. Numerous questionable and irregular decisions were being made by the county board prompting distrust and suspicion.

Blankenship, whose education experience dates back to 1969, also has been a teacher, assistant principal, principal and Regional Education Service Agency director. A retired Army Reservist, Blankenship also was recognized by the West Virginia Personnel and Guidance Association as County School Administrator of the Year in 1981-1982 and as the West Virginia Association’s West Virginia County Superintendent of the Year in 2005-2006. He will work with the Gilmer County Board of Education and the West Virginia Department of Education to jointly develop and present to the state board a set of standards and/or a strategic plan that must be implemented before the Gilmer County board can regain control of its school system.

For more information, contact the WVDE Office of Communications at 304-558-2699.