W.Va. Board of Education Announces New State Superintendent of Schools

December 09, 2010
CHARLESTON, W.Va. – The West Virginia Board of Education on Thursday named John T. “Ted” Mattern as the new state superintendent of schools beginning Jan. 4. Mattern, a former county superintendent and current member of the West Virginia University Board of Governors, will replace Steve Paine, who is slated to retire Jan. 3. 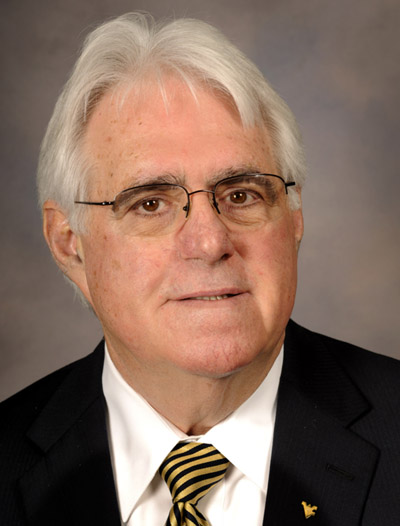 “The appointment comes as a bit of a surprise,” Mattern said. “But it is one I welcome. As a West Virginian, I am happy to have the opportunity to give back to my state as the board conducts a thorough search.”

As superintendent, Mattern will earn $150,000. He will assume all the duties, responsibilities and authority granted to the state’s top education leader and serves at the will and pleasure of the board as its policy advisor and executive officer. State law does not allow the board to appoint an interim superintendent. State Board President Priscilla Haden said that by appointing Mattern now, the board has ensured that a state superintendent will be in place immediately upon Paine’s departure. The board will, however, continue to conduct a national search for a candidate to replace Mattern in the near future. Applications will be accepted until Jan. 3.

“This is an important position for the children of West Virginia,” Haden said. “We are doing good things in West Virginia.”

Mattern previously was named county superintendent in Mingo County when the state board first intervened there in 1998. He also has worked as county superintendent in Preston and Upshur counties and as a consultant for Educational Testing Service.
Paine has served as the state superintendent since 2005. He joined the state Department of Education (WVDE) as deputy state superintendent in 2003 after serving as county superintendent in Morgan County. He also has served as principal, assistant principal, teacher and curriculum director in Harrison, Upshur and Morgan counties. Under his leadership, West Virginia has been internationally and nationally recognized for its 21st century learning program called “Global21: Students deserve it. The world demands it.” The state also has been singled out for its work with pre-K programs, school technology implementation, school leadership development programs, reading initiatives and teacher quality efforts.
Paine is active in national education policy discussions as president of the Council of Chief State School Officers and as a member of the National Commission on Teaching and America's Future (NCTAF) Board of Directors and the National Assessment Governing Board. As part of the governing board, Paine helps lead its work to set policy for the National Assessment of Educational Progress (NAEP), commonly known as The Nation's Report Card.

“Dr. Paine started some great initiatives and I look forward to the opportunity to help the state move forward with his efforts,” Mattern said. “He will be missed.”

--The West Virginia Board of Education and the West Virginia Department of Education (WVDE) are committed to ensuring all students in the state are college and career ready when they graduate from a public school. What West Virginia students are learning in school exceeds national and international standards. Through the WVDE’s 21st century learning plan called “Global21: Students deserve it. The world demands it.,” West Virginia is seeing better student performance on the West Virginia Educational Standards Test 2 (WESTEST2); the SAT and the ACT college entrance exams; the job skills assessment called Work Keys given to career and technical education students; and in a high school graduation rate that exceeds the national average.