July 14, 2010
CHARLESTON, W.Va. – The West Virginia Board of Education on Wednesday re-elected Priscilla Haden as its president for 2010-2011. The board also re-elected Jenny Phillips from Randolph County as vice president and Robert Dunlevy from Ohio County as secretary. 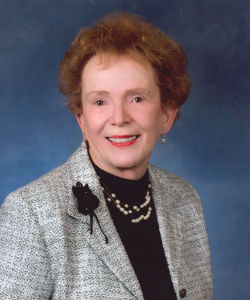 “I am honored that my colleagues have entrusted me with this position,” Haden said. “I am confident that we will continue to work together to move forward on important educational issues that impact our students.”

“This is an exciting time in the history of education,” said Haden. “I look forward to working with West Virginia Superintendent of Schools Steve Paine as we further Global21.”

Haden is a graduate of Morgantown High School and one of the school’s distinguished alumni. She received her bachelor's degree and master’s degrees from West Virginia University. A former educator, she has taught in Monongalia, Wood and Kanawha counties. She also is a former member of the Kanawha County Board of Education.

Phillips was first appointed to the board in 2005 to fill a vacancy created after the death of longtime state board member Paul J. Morris. She was reappointed in 2007 for a term ending in 2016. She spent 22 years with the U.S. Department of Agriculture.

Robert Dunlevy was named to the West Virginia Board of Education in November 2005 for a term ending in 2014. A native of Ohio County, Dunlevy holds a bachelor’s degree from West Virginia University. In addition to his state board duties, he also serves on the School Building Authority and the West Virginia Secondary School Activities Commission.