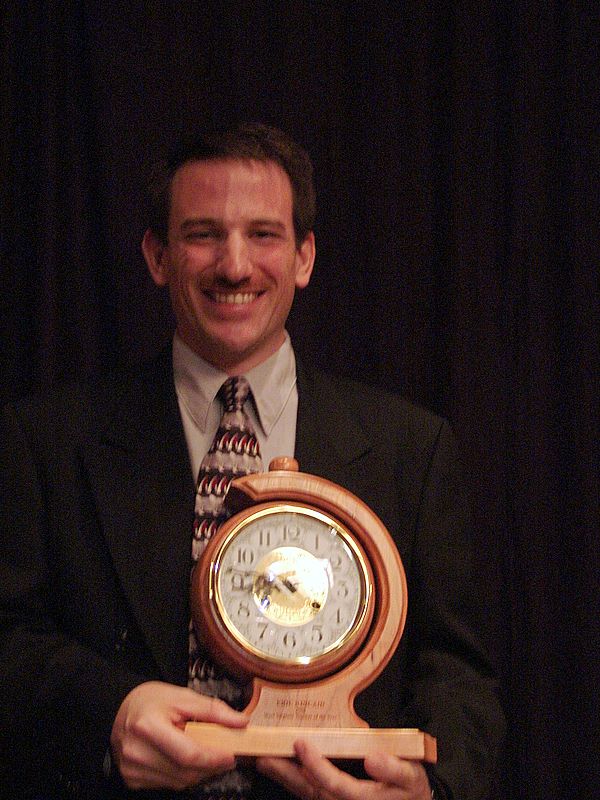 year on Wednesday night at the Embassy Suites in Charleston.

Kincaid began his teaching career in 1995 as a science teacher at South Junior High School in Morgantown. In 1998, he moved to Morgantown High School, where his classes have included coordinated and thematic science 9, science 9, advanced biology and Advanced Placement biology.

Kincaid, who earned his National Board Certification in 2003, also is an adjunct professor in the College of Human Resources and Education at West Virginia University.

“It is my distinct privilege to honor such a fine educator in our state’s public school system,” Paine said. “Eric’s dedication to his students by preparing them for college or the work place has made him worthy of this award.”

“Mr. Kincaid’s enthusiasm for teaching is evident every day,” said Assistant Principal Janice Goodwin. “Innovative and dynamic in the classroom, he infuses students with tremendous motivation and instills in them an appetite for learning.

“From murder mysteries and public health epidemics to building a life-size whale, Mr. Kincaid has demonstrated his ability to integrate science with other subjects, to develop student abilities and to teach all children.”

He has received multiple grants, including $5,000 from Dow Chemical, $4,000 from the Schoenbaum Family Foundation, $2,500 from Best Buy, and various other amounts from the West Virginia Education Alliance, SHOPA Foundation, Allegheny Energy and McDonald’s.

He also designed, procured funding, administrated and implemented a week-long enrichment program in biotechnology for high school students in 2005 and 2007 and has presented at numerous conferences, including the National Science Teachers Association National Convention in 2003 and 2004, among others.

“I have always believed that in order to really understand a concept a person should hear it, see it and do it and that is what I try to do with the concepts I teach,” Kincaid said.

As West Virginia’s 2008 Teacher of the Year, Kincaid will receive an educational technology package, including software and hardware, valued at approximately $14,300.

Kincaid was selected by a committee appointed by the state superintendent of schools to evaluate seven finalists who were their county Teacher of the Year winners.

The Teacher of the Year is the longest, ongoing awards program honoring classroom teachers in the country, granting its first award in 1964.

View pictures of the event.