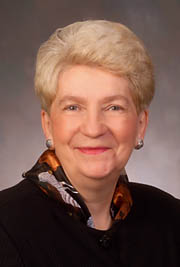 CHARLESTON, W.Va. -The West Virginia Board of Education has elected Delores W. Cook as its president for the 2007-2008, replacing Dr. Lowell Johnson, who served two years in the post. The board also elected Priscilla Haden as vice president and Ron Spencer as secretary.

“I am honored that my colleagues have entrusted me with this position,” Cook said. “I am confident that we will continue to work together to move forward on important educational issue, including our 21st Century Learning initiative.”

Haden, a Charleston resident, was first appointed to the board in 2002. A former member of the Kanawha County Board of Education, she also taught school in Monongalia, Wood and Kanawha counties.